Flags Across the Harvest #14

As I grow older, I have come to realize and have been forced to accept the fact that in many instances a hello often requires a goodbye.

When you bring something new into the fold it means that it is replacing something old. A new job necessitates saying farewell to old coworkers. A fresh start in a different home leaves behind all of the memories that were made there. Graduating from school forces you to leave one life behind and begin another.

I guess in our heart we want the new but not at the expense of the old. Sadly it does not work that way for most things.

This concept was made clear to me by a very unlikely source and event… my sister Betty.

She lives in Tonawanda, New York, so we talk regularly on the phone but do not get together too often, except when she comes to the farm to help with harvest each year.

My father died in 2010, after a long battle with cancer. During that time my sister would come down to N.J. to help me take care of him. Her little Ford Escort station wagon would dutifully carry her back and forth over the course of his seven–year illness and never let her down.

Shortly after his passing she did not feel well and was diagnosed with breast cancer that traveled to her lymph nodes.

For the next year it was a life of cancer treatments, two surgeries and saying goodbye to the existence she knew prior to becoming ill.

By God’s grace she survived and is doing well but, in many ways, she is not the same person. It took its toll on her.

In the spring of 2012, her conversation turned to getting a new car. The Escort though not having high mileage was thirteen years old and we all know that time is more of an enemy to a car than mileage.

The short trip cycles around home and numerous cold starts appeared to have had little effect on the Ford as I told her, but she felt it was time for a change. I argued that the Ford had much life left in it and she did not need new wheels. But I think she just wanted something to look forward to.

We also needed to get going on our dad’s affairs that all came to a halt with her diagnosis. That meant numerous trips back to our family farm and she did not want to worry.

That is what I had gleaned. It was odd to me though. She always looked at a car as an appliance and only cared that it was reliable and nothing more. She collects antique dolls and would rather spend her resources on that than a car.

Since there were no longer any American-made small station wagons like her Escort, I told her that she might have to move up to a small SUV such as the Ford Escape.

At the time I suggested a new 2012 Escape with FWD and the base four-cylinder. It was all that she needed.

I told her to go for a test drive. If she wanted one it was the time to move since the completely new 2013 model would be out in weeks and a good deal can be had.

She did just that. By the time she got two miles into the test drive, my sister was in love, but I needed to get involved. I had promised that I would get her an X-plan.

Ford has a program for friends of the company that can reduce the price of the vehicle with no negotiations called the X-plan.

It is traditionally offered to journalists and their family along with many others such as agricultural groups.

I contacted Mr. Bill Collins at Ford and he could not have been more professional and caring. He obtained an X-plan PIN for my sister in short order.

He thanked us for our support of America and Ford and wished my sister good health and many happy and safe miles in her new Escape.

Many companies in agriculture should take an example from the relationship and care Ford shows its customers.

By now you may be saying, “Where are you going with this Ray?”

Well much to my surprise when the next day came and it was time for my sister to leave her Escort behind at the dealership, she was very saddened.

She wrote a note and hid it in the owner’s manual away from the used car staff. She told the new owner that it was a wonderful little car and had served her loyally and that she felt very guilty about giving it up. She wished whoever purchased it the same good and safe service it provided her.

She wanted them to know that she was leaving the little car behind with a heavy heart. She even told me that she did not sleep the night before since she felt as if she were betraying a friend or pet by trading it in.

In an unlikely turn of events after that she has totally embraced and loves the Escape. But to this day years later, she always sings its praise with this proclamation, “I enjoyed my Escort. It never let me down but I am in love with the Escape. I just want to keep driving it. I never felt that way about a car before.”

I think we can all take a lesson from my sister as we look at our life on the farm. Though some days and even years are hard, are we willing to say goodbye to an old friend to start a new life with a different career? Is there a place in our heart to love a “town job” as we love the land?

Life on a farm is a series of never-ending hellos and goodbyes.

We plant and harvest a crop and look out at barren fields with hope for tomorrow. Animals that we loved and shared our days with never cease to break our heart when our Lord calls them home. A storm takes out a crop that had the promise of a bumper yield. The new shopping mall in town puts an empty feeling in the pit of your stomach as the bulldozers knock down the dairy barn of a neighbor and friend that could not hold on any longer.

In so many ways life forces our hand to make decisions that we do not want to. Selling a farm should not be one of them.

To this cause may I suggest watching the excellent five-minute video, “30 Harvests” put out by the U.S. Farmers and Rancher’s Alliance:

In it goodbye becomes hello.

Maybe we need to realize what we have living and working on the land and honor that bond more than some do.

We can’t let “life” get in the way or sidetrack our God given duty… we are the chosen few to feed the world.

Once the bond is broken it can never be restored.

Hot Rod Farmer: Let’s get started… your diesel that is! 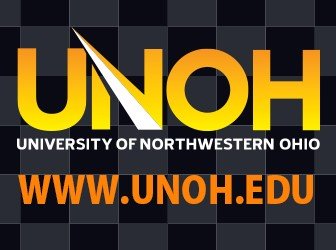 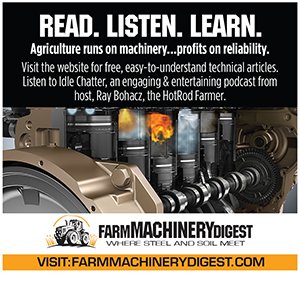 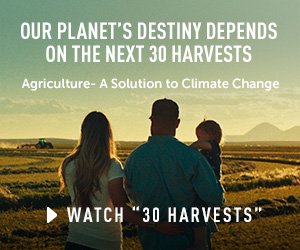 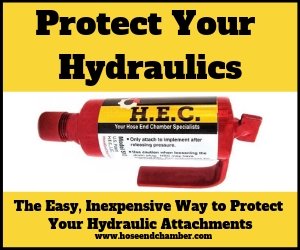